I’ve recently gotten back into the wonderful world of pen pals and snail mail and it’s been wonderful.  It’s a hobby that I’ve really missed!  I thought I would share on my blog some of my incoming and outgoing mail.  If you are interested in being my pen pal, send me a message on Instagram or comment on this post 🙂 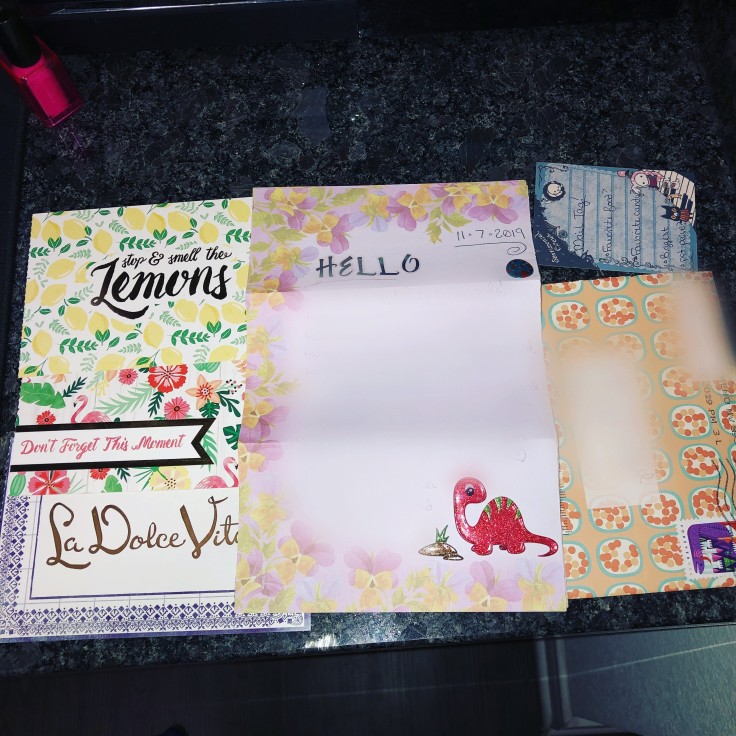 I got this adorable sticker decorated letter from @bumblerae on Instagram.  Her letter was really sweet and the postcards were a nice surprise.  I think my favorite of the three is the lemons one.  Her mail tag made me think, it’s so hard for me to pick favorites!

I just love the way @bumble.biitch decorated her envelope. It’s something I’ll have to try in the future as I’ve really only been using stickers and the occasional doodle so far. I haven’t tried the tea yet but it looks yummy!

I got this cute letter from a pen pal on Reddit. Not only was the outside cute but the letter inside had some stickers and a Washi boarder. It was really delightful.

I received this letter and stickers from a pen pal I found on Reddit.  The wax seal was really cool, and I like how she did the letter.

Another Reddit pen pal, the stationary was super cute and I love the washi sample. 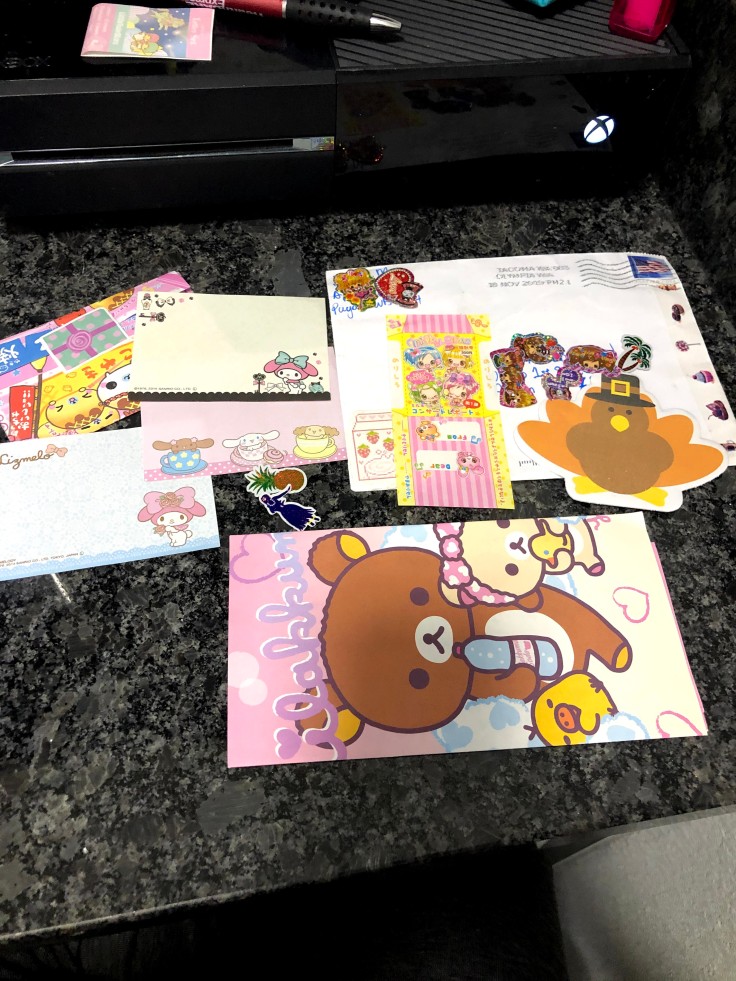 This was a reply from a facebook pen pal, and she included so many goodies!  I really love the little envelope she made which is in the top left corner that had many of the things inside it.

A really sweet letter and a cute little inspirational card from a Reddit pen pal. 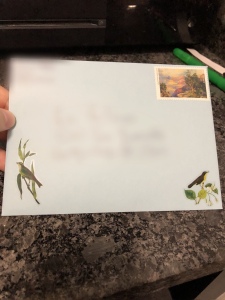 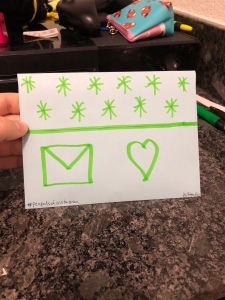 My reply to @bumble.biitch which I took way to long to send. Yay life! I included some stickers I thought she may like and folded my question sheet for her into a heart. 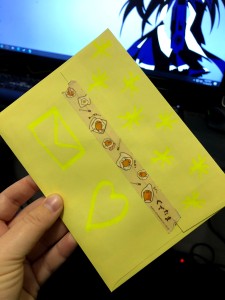 The lovely @raineedayze had been my pen pal a couple years ago.  I’m really glad she was interested in resuming being my pen pal.  I totally forgot to get pics of the inside of hers.  I used some cute stationery and included a little mail tag. 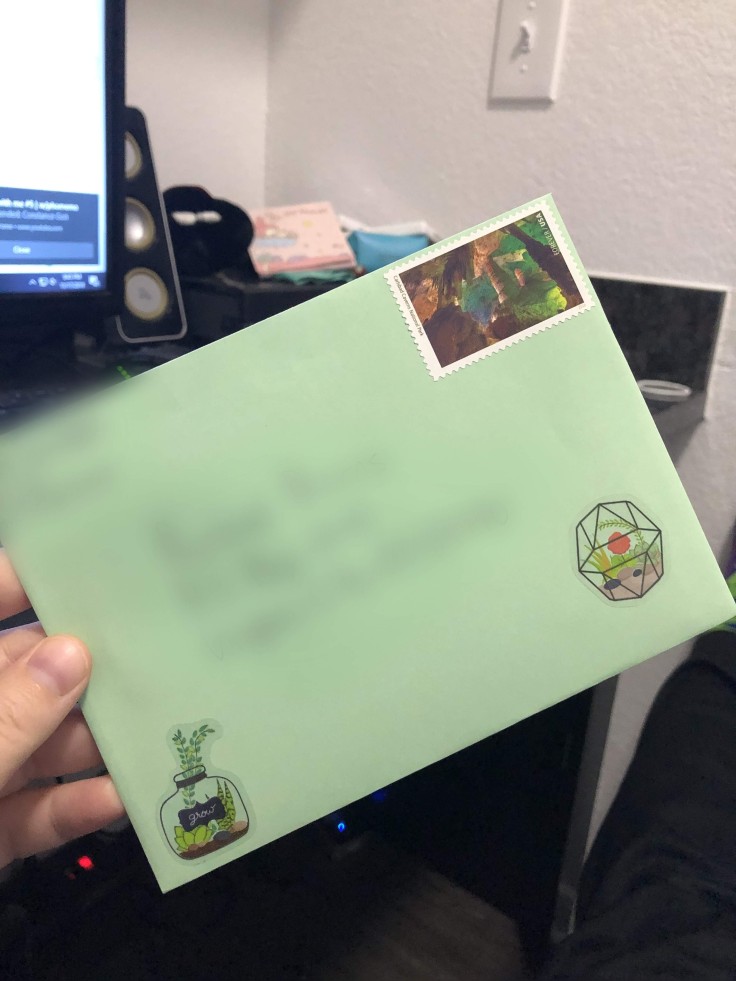 This one was my reply to Rae aka @bumblerae, and I was a failboat not getting pictures of the contents of this one either.  I did include some stickers and a mail tag in hers.  I really hope she likes them! 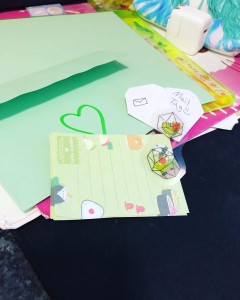 I actually remembered to take a picture of what I sent with the letter!  This one is going out to the UK to a pen pal I found through a facebook group.  I hope they like it, and also hopefully by the time I get their reply I will have gotten some international stamps so I won’t have to use up so many of the regular ones.

These are from two more pen pals from that same group.  These were both sent out to US-based people.  I only managed to get a picture of the contents of one of them.  I’m going to try and do better! 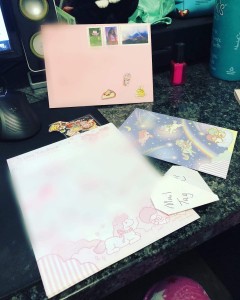 These were some of my replies to Reddit pen pals.  I found a few potentials through there so I would recommend r/penpals if you are looking.  I’m really enjoying doing the heart fold for my questions/mail tag.  I have been using My Melody notepaper.

I think I may have missed a few that I sent out but hopefully next time I can remember to share them all.  Do you have any pen pals?

Nikki's ReaderRank
Nikki has reviewed 258 books with an average rating of 3.965 out of 5.
380 people have found Nikki's written reviews to be helpful on Goodreads.
See more...